Futurist Glen Hiemstra tells a story of a train track in a rural area that is intersected by a road. At this intersection there are no crossing arms, no bells, no flashing lights to warn drivers of the approach of a speeding train. Instead, there is a sign posted at this intersection of tracks and road that reads, “This train takes exactly 21 second to pass this point whether you’re on the tracks or not.” Hiemstra draws an analogy between this speeding train and the future. Like the train, the rapid changes demanded by the 21st century have arrived abruptly, without warning to many, and are demanding an immediate response. Like the train, development and change continue to speed forward. As educators, how do we better prepare our students in today’s classrooms so that they are not passed by or merely passengers on this train of the future, but rather the engineers?

The Key to Success? Grit. Darling-Hammond on International Perspective from Edutopia Our team has put together resources to provide you with suggestions to consider as you plan rich, future-focused learning experiences for your students.

To be prepared for the future, students need to be leaders of their own learning, educators need to be activators of that learning, and school systems need to be committed to continuous improvement and growth. 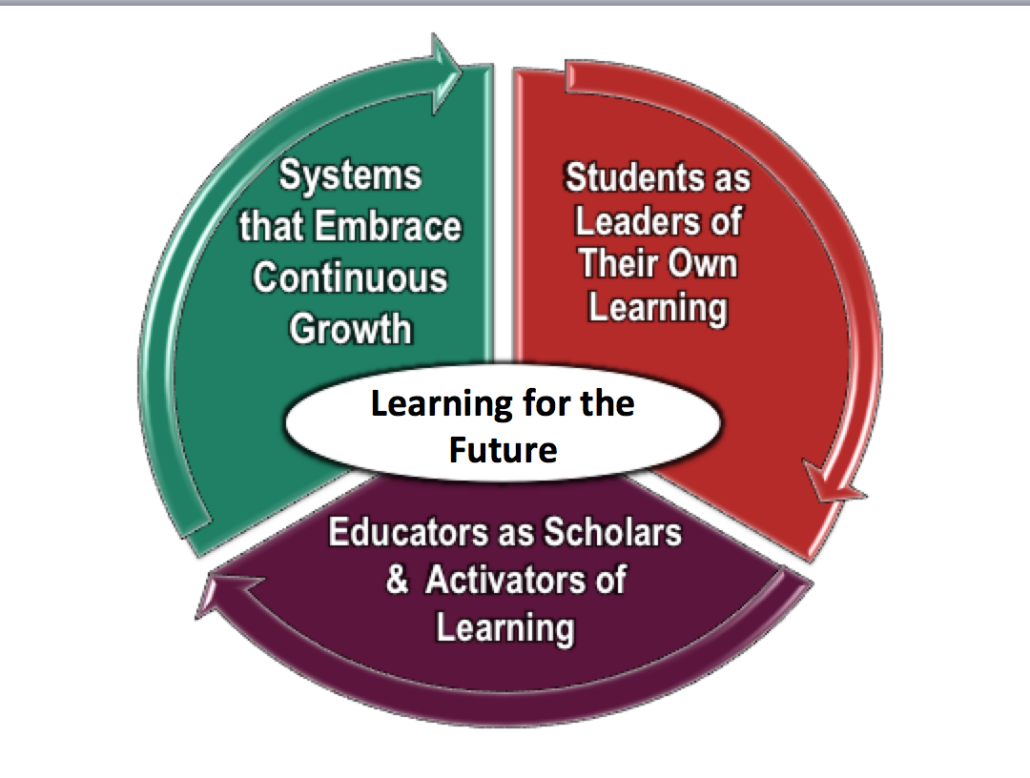